If you have been accused of a drug charge and been charged with a crime, our drug lawyer in Austin, TX can help you. If you have a drug charge you should not wait or hesitate to work with an experienced drug lawyer. Texas has very strict laws on drug charges and having a dedicated lawyer on your side can help you fight for your rights. Our drug charge attorney gives each client the time and attention they deserve to ensure that there is less on your shoulders. This can be a stressful time and we are here to help. For a free consultation you can email us or call us today at (512) 777-0000.

There are many substances which can classify as “drugs” in Travis County. While the laws on certain substances may vary from one state to another, it is important to know the laws in your state and in your county of city. This is because even within 1 state, you may have counties or cities that have different laws about the same drugs.

Drug Charges You Can Face in Austin:

Levels of Drug Charges in Texas:

The system in Texas for classifying drugs is similar to the way it is done by the federal system and by most states. Drugs are placed in categories – in Texas, these are called “penalty groups” – to reflect the supposed dangers of the drugs. Specifically, the groups are intended to rank drugs based upon their capacity for abuse, and their medical value, or lack thereof. Here are the groups (marijuana is classified separately), as set forth in the Texas Controlled Substance Act (Chapter 481 of the Health and Safety Code), including some of the drugs included in each:

Penalty Group 1. This group includes many street drugs, including heroin, cocaine, and meth (methamphetamine), as well as some drugs used in prescription medications, such as oxycodone (OxyContin) and hydrocodone (over 300 mg) (used in Vicodin).

Penalty Group 2-A. Synthetic cannabinoids, known by names such as Spice, K2, and others.

Since drug laws are always changing, it is important to consult with an attorney if you are unsure about the laws. While some penalties may not seem severe, they can all affect your future. Staying educated on drug law can help you make smarter choices and keep yourself out of legal trouble.

The overall classification of drug possession charges for purposes of what the penalty will be if you are convicted will depend not only on the type of drug involved, that is, which penalty group the drug is placed in, but also by the amount of the drug possessed, and certain other factors.

The potential penalty in your case will therefore be determined by which drug is involved, the amount possessed, as well as the presence of any aggravating factors.

Contact us to speak with a drug charge attorney in Austin today. 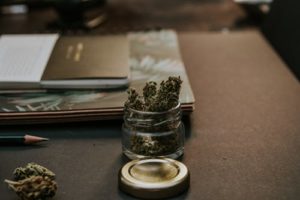 If you have been charged with drug possession in Austin then contact us today. Our experienced and dedicated lawyer will work with you to ensure you are able to make it through this process. Our team will handle all of the hard work and try to make this as easy as possible for you. Texas can have some severe penalties for drug charges so do not hesitate to contact our Austin criminal lawyer.