The crime of theft covers a wide variety of offenses. The penalties are a function of any one or more of a number of factors. Those factors include the amount of the alleged theft, the nature of the item stolen, the identity of the victim, and the manner in which it was accomplished. For this reason, navigating through the laws requires an experienced theft lawyer who understands the various theft charges, and who knows how to build a successful defense.

As an experienced theft charge lawyer, Matthew Shrum understands the intricacies of the theft statutes, and he knows what it takes to protect his clients’ rights. To arrange for a free consultation regarding your theft charge, call Mr. Shrum today.

What Is a Theft Charge in Austin, Texas?

Theft has a lot of different meanings, depending upon the state you are in, and the context in which the term is used. In section 31.02 of the penal code, there is an attempt to simplify the law in this area. That sections says that a host of different offenses will all be grouped under the heading of theft. These include false pretext, conversion, shoplifting, theft by threat, extortion, swindling, embezzlement, receiving stolen property, and others.

In the next section, PC 31.03, the law defines theft as the unlawful appropriation of property with the intent to deprive the owner. There are many different ways to commit theft, and most of them are covered under the basic theft law.

Penalties For a Theft Charge in Travis County, TX

As a general rule, theft offenses are classified according to the value of the property in question. The penalty usually, but not always, flows from the value. Here are the classifications and penalties, subject to many exceptions:

These are, however, the general guidelines, and factors other than the value of the property can come into play.

Although the classifications listed above seem straightforward, many exceptions and variations exist that can affect the consequences when you are faced with a theft charge. Those variations include, among others:

As a result, while there are general rules stating that the value of the property will control the seriousness of the theft charge, there are a significant number of exceptions to those rules.

Theft is the unlawful appropriation of property with the intent to deprive the owner of that property. Burglary, under section 30.02 of the Penal Code, includes:

The distinction between theft and burglary is important. Shoplifting (retail theft), for example, even where the value is small, could be charged in many cases as a burglary. All burglaries involving entry into a building (or a home) are felonies. As a theft (shoplifting) charge, on the other hand, the offense could be as minor as a class C misdemeanor.

Speak With a Theft Attorney in Austin Today 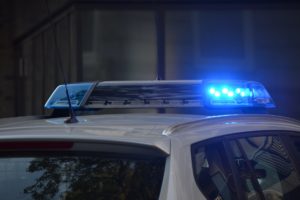 The number of variables that can affect the classification and potential penalty in a theft case can be overwhelming. An experienced Austin theft attorney will know if you are being charged for a more serious crime than the facts warrant. He will make sure that your case receives the attention it deserves, that defenses are developed, and that your rights are fully protected at all stages of your case.

If you have been arrested on a theft charge or a burglary charge, choose the right criminal lawyer. Contact Matthew Shrum for a free consultation.