HAVE YOU BEEN ARRESTED ON A MARIJUANA POSSESSION CHARGE?

Being charged with marijuana possession is no joking matter. While it is treated more leniently than some other drugs, a possession charge can land you in jail, and possession of a relatively small amount of pot can be charged as a felony. Even a misdemeanor charge has serious consequences, not only because of the immediate penalties, but also because you will have a drug conviction on your record, and this can have a big impact on future job opportunities.

Don’t gamble with your life or your future. Choose an experienced Austin marijuana defense attorney. Call Mr. Shrum today for a free consultation.

CLASSIFICATION AND PENALTIES FOR POSSESSION OF MARIJUANA IN TEXAS

With the possibility of jail time for possession of only a small amount of the drug, and years in prison for larger quantities, you want to do everything you can to protect your rights.

There are many different offenses relating to marijuana in addition to simple possession. They include sale of marijuana, cultivation, possession of drug paraphernalia, and others. The law can appear complicated, however. As an example, suppose you possess two joints (marijuana cigarettes). You plan on smoking them with your friend, and you give him one of the joints. Even though the amount is very small (it takes about 28 joints to make up one ounce), and even though you received nothing in exchange for it, you can still be charged with delivery of marijuana. The offense is a class B misdemeanor, and is a charge separate and apart from possession. Obviously, actual sales, particularly in larger amounts, are treated more harshly.

In any discussion of the possible defenses to a criminal charge, the first thing to look at is the definition of the crime, that is, the elements of the offense. In the case of marijuana possession, those elements are that you (a) intentionally or knowingly (b) possess (c) a usable quantity of marijuana. Each of these elements must be proven by the prosecutor beyond a reasonable doubt. When broken down, they may give rise to specific defenses:

In addition, a common defense in marijuana cases involves the allegation that the evidence (usually the marijuana itself) was obtained by the police in violation of your constitutional rights under the fourth amendment to the United States Constitution. The evidence could have been found on you, in your car, at home, or at work. Wherever the search and seizure took place, if it constituted illegal activity on the part of law enforcement, the evidence obtained can be excluded from use in your case. As a result, the case itself may be unprovable, leading to the charges being dismissed.

Fortunately, there are alternatives to jail that may be available in your marijuana case. If the amount is small (under 2 ounces), you may qualify for a dismissal if you complete a drug program or community service. Some counties have drug courts, which may also lead to a dismissal, and including monitoring over an extended period of time. And if you are caught with a small amount of pot, you stand a reasonably good chance of being sentenced to probation, along with mandatory drug treatment and testing. The availability of these alternatives will also depend upon other factors, including your prior criminal history. 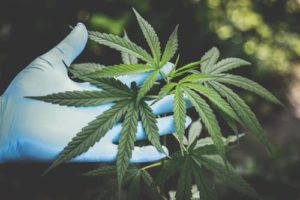 Texas drug penalties are harsh. If you are facing a marijuana possession charge, you need to explore every possible avenue of defense. Finding the right lawyer is essential. It can make the difference between a conviction and a dismissal or a not guilty verdict; between probation and jail time; and between minimizing the damage caused by your arrest, and ruining your chances for a successful future.

At the Law Office of Matthew Shrum, we will work hard to insure that you are protected, and that you are provided with the best possible opportunity for a successful resolution of your marijuana possession case. Call us today for a free consultation with our drug lawyer in Austin.