Austin is well known for its numerous outdoor activities, from hiking, kayaking to cycling. All-Terrain Vehicle (ATV) is part of recreational activities. It is reported that yearly 111,000 Americans die or get injured in an ATV crash.

In 2015, several teenagers died in Texas’s ATV crashes- an athlete star, an aspiring model, an exchange student from Armenia. They were all 16 years or younger. An increase in the number of ATV crashes or accidents is widespread in Austin.

Three hundred forty-six people died in the 1st ten months of 2015 due to ATV accidents (in the USA). ATV crashes mostly occur due to accidents from single vehicles (mostly when the driver loses control of the vehicle), unlike traffic accidents which involve trucks and cars. ATV vehicles injure thousands of people yearly; in 2013, almost 100,000 people were treated in emergency rooms for ATV injuries. Most accidents from adults are due to alcohol use and taking risk maneuvers.

Children are mostly affected because they are not mentally or physically prepared to operate ATV vehicles. If you or a loved one has been injured in an ATV crash in Austin, the first step is to obtain an experienced and qualified reputation as early as possible. Generally, it is essential to choose a qualified Austin personal injury lawyer to represent you, depending on how severe the injury was. After an ATV accident, understanding your options and rights can come from consulting a qualified and reputable Austin ATV accident lawyer.

What is an ATV or a UTV?

The most known ATV is a quad bike or a four-wheeler which recreationists use across Austin. Some ATVs are used as aids to hunters, for racing as work vehicles. These vehicles mostly weigh over 500pound and move at a speed of 60miles/hour. However, UTV is also used for work activities and recreation and is also involved in accidents. Manufacturers such as Honda, Polaris, John Deere, Kawasaki, Kubota Artic cat make UTVs or ATVs.

UTVs are usually in side-by-side seating arrangements, have four seats or even great capacity models. Some are fast at speed, while others are steady and slow. Accidents that happen with ATV or UTV crashes can be diverse as those found in car accidents. Brain injuries are prevalent in ATV crashes. Mathew Shrum will assist you in all types of crashes.

Who May Be Liable for an ATV Wreck?

How an accident occurs requires a close examination of the actual circumstances for every case. Those involved in the accident should ask the simple question of, “who did something wrong?” In an ATV or UTV crash, there three significant types of defendants. They are:

The Importance of Selecting an Experienced ATV Accident Lawyer

Mostly, the injuries due to ATV or UTV crashes are serious; for example, they can cause brain injuries to the victims. Young teenagers and children are the ones most affected by these accidents. ATVs manufacturers and others prefer training and limitations on the age to those who use any recreational vehicle. 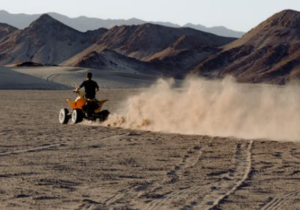 Get A Free Consultation with an ATV Accident Injury Attorney in Austin.

Call for a personal injury lawyer at The Law Office of Matthew Shrum for a free consultation after a wrongful death or severe injury due to UTV or ATV accident. Sometimes the accident needs to be reconstructed, and the earlier the victims retain counsel, the better. It is also essential to make to preserve the vehicle even if it is damaged in the crash.